Deeper is proud to announce “Drive,” a hard-hitting feature film starring Maitland Ward (Boy Meets World) and Angela White in an intense face-off that examines the nature of sexuality and the lengths we will go to control it. Written, produced, and directed by Kayden Kross, and filmed by award-winning cinematographer Winston Henry, this dark and provocative drama will be available on DVD and VOD on September 30 and will be released online exclusively on Deeper.com.

Occupied by themes of grief and death and living versus existing, “Drive” follows Angela’s character off the path of her heavily curated everyday life and down a psychological unraveling catalyzed by a chance encounter with a mystic (played by Maitland Ward). Framed neatly within the five stages of grief as outlined by Elizabeth Kubler-Ross in her classic study ‘On Death and Dying,’ each scene in the film brings Angela closer to an Acceptance as Maitland leads her along toyingly with an agenda all her own.

Kross began developing the story early this year: “I wanted to make a movie that felt like it had real stakes. There are enough suburban stories exploring insignificant problems as a way of stumbling into sex. I wanted something that felt bigger than that, something that was universal and experimental and brave enough to take itself seriously. A lot has been written on taboos as a sort of common ground between death and sexuality, and there are already the obvious connections between the two within the cycle of life. ‘Drive’ explores this intriguing relationship. What I love about this project is that the explicit hardcore pieces assembled and captured for the film complement rather than slow down this exploration.”

“It’s an absolute honor to be a part of the monumental feature that is ‘Drive,’” said Angela. “Kayden is a brilliant writer and director. She possesses the supreme ability to weave sophisticated storytelling with intense, hardcore sex. ‘Drive’ is an unrivaled example of how a highly intelligent script can add significantly to the power and passion of a scene. Kayden’s determination to compromise neither story nor sex when developing a project is the signature of Deeper.”

As a performer, White has already been a muse on Deeper, starring first in the critically acclaimed ‘Who’s Becky,’ and earlier this year in Kross’ premiere featurette ‘Diabolique.’

“Angela was starring in this before the story was written, and from there it was tailored to her,” said Kross. “We talked about real hang-ups, personal insecurities, the true things that are Angela off-camera and wove them into Angela on camera. She is one of the rare adult stars who can carry a role completely, and I knew if we tapped into such personal things we would get an extremely personal performance.”

Maitland Ward’s path to becoming part of the film was markedly different.

“At the time we were casting ‘Drive,’ no one even knew Maitland Ward was an achievable option,” said Kross. “It was serendipitous the way she came across my radar at the exact time we needed her to. I met Maitland at a coffee shop and within an hour had her signed on to the project. I kept saying I needed someone who could act—really act—because anything less would just look silly given the role, and lo and behold, an accomplished, stunning, statuesque actress shows up out of nowhere. She sounded too good to be true.”

“As an actress, I appreciate Kayden as a visionary who elevates adult entertainment to the heights it can be,” said Ward. “It was such an amazing experience to work on a production that brings such creative vision to life. My character was like none I’ve played and Kayden as a director got me to this powerfully dark and sensual place that I’m excited for the audience to see.”

“’Drive’ represents Kayden’s unswerving commitment to the production of the highest quality adult feature films,” said Angela. “It is visually stunning, deeply intriguing, and the final act of the movie is genuinely groundbreaking. ‘Drive’ is a testament to the heights Kayden has risen as a film-maker, and a powerful statement of contemporary adult entertainment.”

For more info about Kayden Kross and Deeper visit Deeper.com and follow on social at 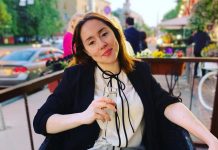 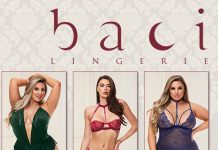 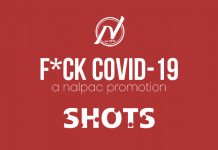 June 2, 2020
SHOTS and S-Market have officially announced the signing of an exclusive distribution agreement for the Russian, Belarus and Kazakhstan Market. Currently, S-Market is one of the...

June 2, 2020
Baci Lingerie has added to its award-winning White Label Collection, and they are now shipping through Xgen Products. Six brand new styles are now...

Am I Queer Enough?

June 1, 2020
Every year, around Pride, I hear the same question: Do I belong at Pride? Should I consider myself queer? Here's why only you get...
- Recommended Service1 -

June 2, 2020
SHOTS and S-Market have officially announced the signing of an exclusive distribution agreement for the Russian, Belarus and Kazakhstan Market. Currently, S-Market is one of the...

June 2, 2020
Baci Lingerie has added to its award-winning White Label Collection, and they are now shipping through Xgen Products. Six brand new styles are now...