A new Valentine’s Day survey conducted by adult novelty manufacturer CalExotics reveals that 88 percent of people would be open to receiving a sex toy as a gift from a romantic partner, with the vast majority saying they’d be “thrilled” or “intrigued” about it, yet only 29 percent have actually given one.

Nichole Grossmann, spokesperson for CalExotics, said: “These survey results are fascinating because they tell two very insightful stories. The first is that the overall stigma surrounding sex toys is diminishing, with nearly 90 percent of people saying they’d be open to receiving a sex toy as a gift. This number is a massive ‘win’ in terms of sex positivity and the acknowledgment that sexual pleasure is, indeed, a gift. The second tells a different tale. With only 29 percent of people saying they’ve actually given a sex toy as a gift – despite the fact that they would want to receive one themselves – means that they still feel a bit embarrassed to give a toy to their romantic partner. While this stigma is clearly lifting, overall, we’re not quite there yet.”

Susan Colvin, CEO of CalExotics, added: “As someone who has been in the adult novelty business for over 35 years, it has been incredible to see how people’s perceptions of sex toys have evolved over time. These numbers were much different two decades ago, but pleasure isn’t something to be embarrassed about. Pleasure is something to be accepted, celebrated, and yes, even gifted sometimes.” 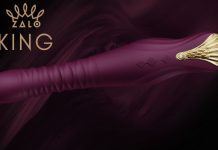 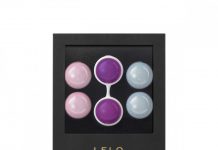 Sex Stories We Love: Just the Tips, the Messy Question, & the Big A-O

August 11, 2020
Entrenue is now shipping an assortment of new items from luxury pleasure products innovators LELO. These newest pieces include updated versions of some of...
- Recommended Service1 -

August 11, 2020
Entrenue is now shipping an assortment of new items from luxury pleasure products innovators LELO. These newest pieces include updated versions of some of...