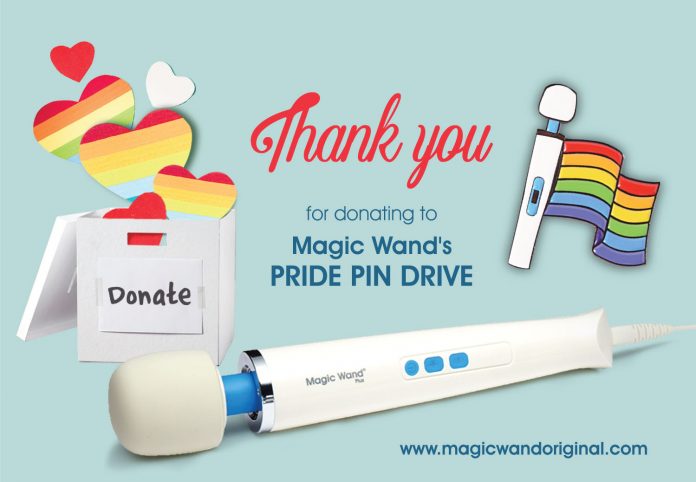 Magic Wand is pleased to report the results of its successful and heartfelt Pride Pin Drive, which yielded over $6k in donations!

In an effort to celebrate LGBTQ identities as well as commemorate activism, the world-renowned true Magic Wand held a charitable drive to support California’s LGBTQ Connection and Louisiana’s Forum for Equality during Pride month.

Vibratex — the exclusive, official distributor of the Magic Wand Original, Magic Wand Plus, and Magic Wand Rechargeable — offered donors a unique (and adorable!) Pride pin featuring Magic Wand, along with other prizes, with proof of donation.

“It was so uplifting to help facilitate support for two wonderful organizations, both of which are doing such important work,” said Vibratex owner and Vice President Shay Martin. “We’re so happy that enthusiasm for our wands helped work some magic in support of LGBTQ Connection and Forum for Equality.”

After making a contribution directly to one or both of the named organizations, donors then submitted documentation to Vibratex in order to receive one of the following “prizes:”

$10.00 donation: Vibratex matches the donation and the donor received one Pride pin

$15.00 donation: Vibratex matches the donation and the donor received one Pride pin AND one additional pin of choice

A $40.00 donation received one Magic Wand Plus and one Pride pin

Unsurprisingly, the $40 prize was the most popular option selected by donors.

“It could’ve been the cuteness of our Pride pin or it could have been the opportunity to get a true Magic Wand Plus in the name of a good cause, but we think it was both!” says Vibratex’s Controller Nicole Rosselli about the $40 prize’s most popular status.

Vibratex offered an assortment of clever, cheeky second pin choices to those making a $15 donation. Options included a Yoda-inspired cutie, a Wonder Woman figure, and a GOT-type dragon with Khaleesi — but two choices stood out as distinctively in demand.

“People’s second pin choices also said a lot about the viability of women’s empowerment,” Rosselli adds. “Our Leia- and Ruth Bader Ginsburg-inspired pins were easily the most popular second selections.”

People who have documented donations to LGBTQ Connection and/or Forum for Equality placed during the Pride Pin Drive time period (June 17 – 30, 2020) may still submit their receipt to receive their relevant prize here: https://form.jotform.com/201665921894060

Though the donation period is officially closed, if you have not yet turned in your receipt, donation documentation will be accepted through July 15, 2020 at midnight PST.

To learn more about Magic Wand, visit magicwandoriginal.com. Sales questions and other inquiries may be directed to eddie@vibratex.com. Follow Magic Wand on Instagram at @truemagicwand. 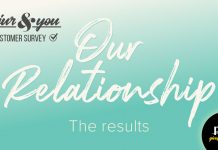 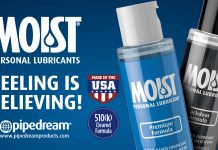 Moist is Back and Better Than Ever! 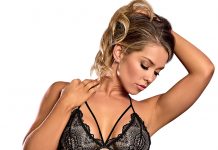 LACE WITH GRACE, FROM MAGIC SILK

Life on the Edge: Edging and Why You Deserve It

October 29, 2020
Stay on the edge of orgasmic bliss with edging...the practice of nearing then backing away from all out sexual release. It's hot and here's...

October 29, 2020
She wasn’t planning on being watched, and they hadn’t planned on watching her. This voyeuristic night becomes one to remember, especially when they stop...
- Recommended Service1 -

October 29, 2020
For 25 years, pjur has provided more feeling, more sensations, more adventure and morewellbeing for its customers and has thus become part of their...

Moist is Back and Better Than Ever!

Nalpac Wins SE Award for Marketing Campaign of the Year