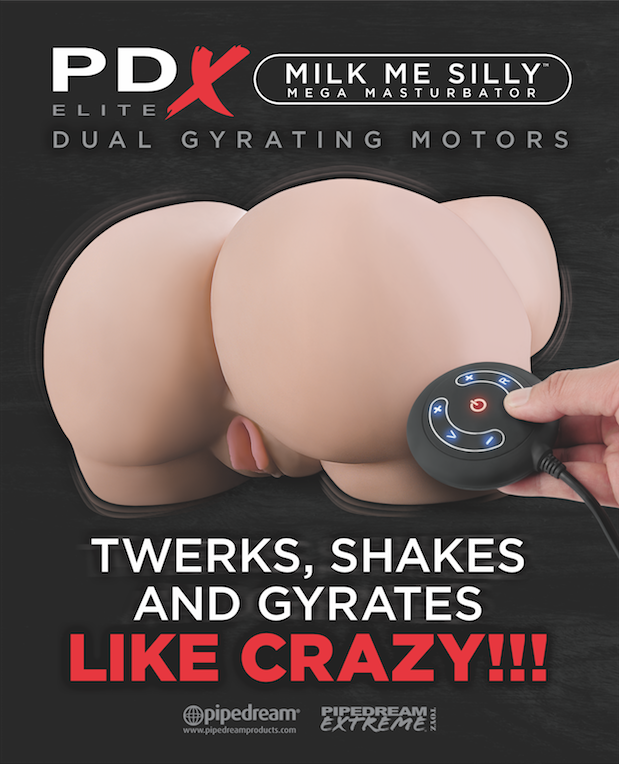 (Note: This Focus Cover story appears in the December issue of Storerotica Magazine)

Pipedream Products is unleashing 19 SKUs this year designed to improve upon and impress the stroking faithful.

“Think of it like a carwash for your cock.”

If that gem of a line, courtesy of Rob Phaneuf, doesn’t get the Milk Me Silly Mega Masturbator parading out your door, you may need to work on your salesmanship.

A quick promo video shows the machinations behind this ingenious new release from Pipedream Products that is building upon the success of the franchise’s Fuck Me Silly line.

“We wanted to show enough with the video so guys can tell there’s something going on inside,” says Phaneuf, Vice President of Product Development at Pipedream. “But there’s really never been anything like this.”

Just the fact that it’s a plug-in mega masturbator for a guy that looks and feels realistic, they’re going to go nuts,” he says. “There’s nothing out there for a guy that really takes all that into consideration. I can’t hold back my giddiness. It’s really the nicest thing we’ve ever made in that line for sure. — Rob Phaneuf

The name ‘Fuck Me Silly’ already carries plenty of cache, but Pipedream heard comments from retailers — and customers — for a higher-end version of their smash hit.

“We’ve come out with bigger versions, but we haven’t come out with a high-end version with all the technological stuff that does something besides sit there like a piece of rubber,” says Phaneuf.

“You get all kinds of power,” says Phaneuf. “With that remote control, there are different controls for vibration, intensity. Aside from the visual of what it looks like — that’s a twerking ass shaking and clapping — this thing is really going to create a sensation that guys haven’t felt before. It’s pretty incredible.”

Humming alongside the Rolls is a fleet of new strokers, from hand-held size and up, comprising the new PDX Plus line.

“We’ve had (strokers) before, but we’ve really tooled up a super-realistic line with improved materials and colors, similar to what we did with King Cock Plus 3D,” says Broms.

Christmas came early as the 19 total SKUs — the Milk Me Silly Mega Masturbator and the 18 SKUs in the PDX Plus line — have just recently been released.

“These things were so big,” recalls Broms thinking of when they debuted these larger-sized masturbators. “No one had made any stroker this size. Pipedream invented the category of mega masturbator.”

It was such a novelty, the manufacturing process was a crawl because of the amount of time preproduction took, including the curing time which clocked in at six to eight hours.

“Even the manufacturing side had never made something like this before,” says Phaneuf.

Any concerns over the lukewarm reception of mega masturbators were squashed at that eroFame, when Pipedream received more than 1,600 orders for these strokers. Pipedream had to invest in more molds to fulfill the demand. To this day, Phaneuf will adorn a tradeshow booth with one of Pipedream’s Mega-Masturbators to satiate enthusiasts or pique onlookers’ curiosity.

“People haven’t seen something that big and that real — you gotta squeeze it, smack it,” says Phaneuf. “We encourage people to try it.”

Size, which is what the Fuck Me Silly line is renowned for, is one thing, but where Milk Me Silly soars is the incorporation of tech to emulate realism.

“We’re taking it to a whole ‘nother level for all the guys that like our PDX Elite line — that whole line is guy gadgets, high-tech stuff, a little more discerning but always tech focused,” says Phaneuf. “This combines both of those — you get the realism guys are looking for and the tech.”

The Fuck Me Silly iterations have generated a cult-like following, but people were still clamoring for more. Call it, satisfy me silly.

“This announcement is going to be big,” says Phaneuf. “There are legions of fans that know that name.”

The main improvement consumers will notice is the material for the Milk Me Silly and the attention to detail.

“We’ve spent a lot of time making sure this is going to work,” says Broms, who has overseen this for more than two years.

And the specs reflect that. Each Milk Me Silly cheek features a gyrating motor, powered by a 24V adapter, that massages the cock from both sides simultaneously. The milking experience is enhanced by a strategically placed vibrating bullet below the cock to cover every angle. Phaneuf is adamant all that tinkering will be well worth it.

“Just the fact that it’s a plug-in mega masturbator for a guy that looks and feels realistic, they’re going to go nuts,” he says. “There’s nothing out there for a guy that really takes all that into consideration. I can’t hold back my giddiness. It’s really the nicest thing we’ve ever made in that line for sure.”

Pleasure is always a Plus
Lest you think Pipedream has gone all tech, Michelangelo himself would have stared in slack-jawed amazement at the new PDX Plus line of strokers also coming out this month.

Billed as ‘perfect pussies that feel just as good as they look,’ the 18 strokers in the PDX Plus family tackle the issue of diversity on the marketplace.

“This is for pussy connoisseurs, lip-lovers, snatch-aholics, muff-maniacs — welcome to pussy paradise,” says Phaneuf. “Anybody can make just a stroker and what’s crazy is, yes, they do all sell, but this is really for guys looking — just by the visuals, when you see these things — they don’t look like anything else out there, the attention to detail and finding those little intricacies that make every vagina different and playing that up. There’s a fan for everything and we have something for everybody.”

There’s the Perfect 10 Torso, a version of Pipedream’s best-selling Fuck Me Silly but in a full 3D figure.

It wiggles and jiggles when squeezed, sounds like the real thing when smacked, and feels like heaven when slipped inside. Boasting more than 10.5 pounds of proprietary Fanta Flesh, the Perfect 10 is aptly named.

So between ‘plus’ and ‘Perfect 10,’ is this secretly a line aimed at mathematicians?

“Everyone asked what the ‘Plus’ stood for, it allows us to do all kinds of things with the line,” says Phaneuf. “It’s all about the options and choices they have.”

And the offerings won’t just differ when it comes to form or function.

“We’ve taken quite a bit of time working on the colors,” says Broms. “Not just the normal shades, but a tan and brown color that are superior to anything we’ve done before.”

Once again, Pipedream provides retailers options they have been requesting. “We’re definitely listening and embracing that part of our business,” says Broms. 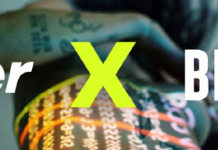 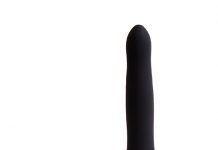 Spotlight On: Thank Them Now!