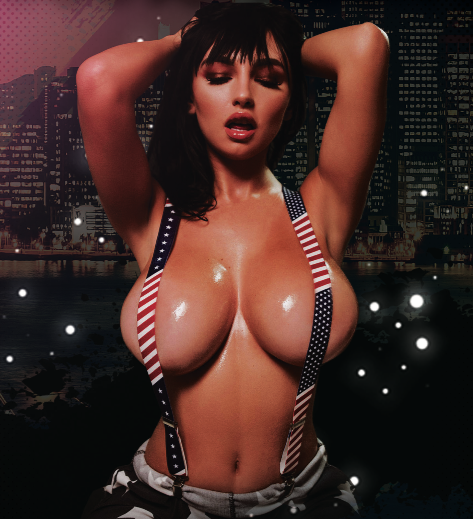 Capitalizing on a massive social media presence, Doc Johnson partners with social media starlet Iryna Ivanova on their “Main Squeeze” stroker, a groundbreaking first for this new form of “celebrity.”

Celebrity and advertising have gone hand-in- hand for time immemorial. In the 21st century, it’s not the latter that has changed necessarily as much as the former. Thanks to the advent of the internet and, in greater part, social media, seemingly ordinary people can become overnight supernovas with millions of followers.

Take Iryna Ivanova. A quick peek online will reveal why Iryna is so widely followed—and why she’s sought-after as a marketing “brand.” On Instagram alone, Iryna has over five million followers.

“I thought everyone was (following me) for my smarts and radiant personality in the first place,” Iryna jokes. “I guess maybe the boobies do help a bit with retention.”

But, she is a product of quick thinking and strategic camera play that generates clicks. In fact, Iryna’s more than seven million (total) followers across various social media accounts is fodder for possibility where business interests are concerned.

“Social media is becoming one of the most powerful outlets today, especially when it comes to directly connecting with both new and existing customers,” says Doc Johnson COO Chad Braverman. “Iryna has an exceptionally passionate fanbase, and she is only growing more popular by the day. Our partnership with Iryna, who is now the first social media star to ever have their own branded pleasure product, is a logical extension of our expertise and represents an exciting new growth opportunity for our portfolio of star-branded pleasure products.”

The result of this “partnership” is the “Main Squeeze – @playmateiryna,” a stroker molded from the anatomy so many followers have only dreamed of.

“I’m so glad that that Doc Johnson reached out to
me and invited me to be the first social media star to produce a toy!” Iryna exclaims. “I chose to endorse [Main Squeeze] because millions of guys are looking my videos and pics daily on Instagram and Celeb.tv, so I thought with this toy I can bring the ‘interactivity’ to the next level in a way that no other social media star can.”

To find out more about this ground-breaking crossover product, we spoke to Doc Johnson’s COO Chad Braverman, who explained how they chose Iryna for
this new line and what this partnership signals for future “celebrity” products.

SE: Over the years there have been other toy lines endorsed by reality tv personalities, rock bands, and of course, adult models. Nowadays social media notables seem to be almost as popular as celebrities. What made you turn to social media to find your “celebrity” for the Main Squeeze?

BRAVERMAN: In a world of growing social media influence and importance, we felt that this would be a natural progression for Doc Johnson as we continue to break boundaries within the branded pleasure products space.

Iryna has earned an immense online following, and she is impressively enganged with her fanbase which continues to expand. It’s amazing to see how many people are delighted to see Iryna be Iryna. This was one of the easiest partnerships for us—she already has the demand.
— Chad Braverman

SE: Given that there are so many Instagram models, what was it about Iryna that made you believe she would be best to represent the Main Squeeze line?

BRAVERMAN: Iryna has earned an immense online following, and she is impressively engaged with her fanbase which continues to expand and grow by the
day. Just looking at the comments after she’d post a new photo on Instagram, it was amazing to see how many people were just delighted to see Iryna be Iryna. This was one of the easiest partnerships for us—she already has the demand, let’s just make it real.

Now, the “Main Squeeze – @playmateiryna” (which was molded directly from Iryna’s own body) truly represents the first opportunity for fans to connect with Iryna for
the full fantasy experience. We’re obviously massively excited about this partnership, and how this is new territory, and all the new possibilities that come with that in terms of ways we can promote it and fun things we can do in terms of marketing and sales support.

SE: What does the addition of Iryna say about the Main Squeeze line? We gather the past molds have sold well to take a leap such as this.

BRAVERMAN: Before signing Iryna, the Main Squeeze line had already proven itself to be a tremendous success, beyond what we had even anticipated— and our projections were already substantial. We certainly expected that the line would be popular, because Doc Johnson’s branded strokers have always been such a solid category, on such a consistent basis. But the Main Squeeze collection, which comes in at a higher price point due to the innovative hard-case squeeze plate design and the higher cost of manufacturing, has truly proved itself to be a new staple in our portfolio. People love Main Squeeze. So we will work hard to continue to grow the line in new and exciting ways that are relevant to modern consumers.

SE: You’ve stated previously that this partnership “represents an exciting new growth opportunity” for Doc Johnson, so what specifically does this open the door to?

BRAVERMAN: With this new partnership, we have only begun to scratch the surface of what’s possible in the branded pleasure products space in terms of building new fanbases, producing relevant, high-demand products for the modern consumer, and driving new sources of revenue for our product partners (like Iryna) and our retail and distributor partners. We were thrilled to take this first step with such an entrepreneurial-minded social media star and savvy businesswoman as Iryna. She has been fantastic to work with from the start, and she will continue to be a huge asset in promoting her new “Main Squeeze – @playmateiryna” stroker, to further help drive sales and awareness of this exciting new product.

Beyond that, as far as future products go, we don’t want to give too much away just yet. Watch this space. 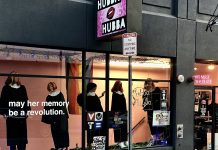 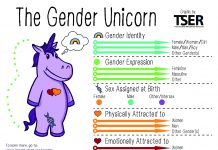 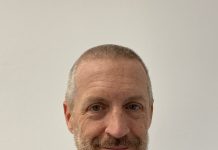 Store Chain Spotlight: So much for surfing all day!