(Note: This story appears in the June issue of STOREROTICA Magazine)

A Facebook group — Pleasure Professionals Place (P3) —launched for the adult retail industry to combat COVID-19 isolation has flourished into its own industry resource.

Scrolling through his Facebook feed in the middle of the night on Sunday, April 12, Paul Reutershan noticed something in the pixelated reflection showering him.

“There were publications, like Storerotica, but there really wasn’t a place for everyone in the industry to converse,” he said.

Sharing best practices in the new retail environment we’re in has been the biggest benefit of the group. It’s not only as an industry, across the board, competitor or non-competitor, the support I’ve seen for everyone in the community. That’s gone along with trying to do curbside retail, open back up with new protocols, sanitizing, masks to make customers feel comfortable. — Paul Reutershan

And so, struck by inclination coupled with the fatigue accompanying COVID-19 isolation, Reutershan created Pleasure Professionals Place (P3) — “I wanted to connect with my industry peers and with clients.”

While P3 was the product of spontaneous thought, Reutershan wasn’t completely lost in its formation.

He runs a Facebook group for his college alma mater, Frostburg State University. The group is named 50 Shades of Frostburg after Reutershan’s own 50th birthday.

“I wanted to meet up with my friends for homecoming so I created this group,” says Reutershan, a sales ambassador for Williams Trading Co., about the group that numbers nearly 10,000.

“There’s about 50,000 active Frostburg alumni so (50 Shades of Frostburg) made up of alumni from my college but it’s also made up of people from the town. 50 Shades of Frostburg turned into a bridge between the university and the city. It’s become a philanthropic entity. What started out as my birthday party — we’ve done four 5K races, we’ve raised money for the police dept. by selling t-shirts, I’ve sold baseball caps, water bottles, color-changing mugs and we’ve raised over $100,000 in five years. The success of that group may have been a little bit of the light bulb for this.”

“I really didn’t contact anyone,” he said. “I picked Steve Sav (executive sales director at Evolved Novelties) as an administrator because Steve and I worked together at Pipedream. I consider him not only a close friend, but a mentor and someone I respect as far as an administrative type of person.”

It’s only Reutershan and Sav that grant admittance to the group. The only official prerequisite is answering a three-question survey, meant to ward off bad actors.

– What portion of the industry are you in?

– How long have you been in the industry?

“I thought it would be a small group of people and we could do Zoom meetings, shoot the breeze and not be so isolated with the COVID-19 quarantine,” Reutershan admits. “We all could commiserate on what we’re doing to stay focused, what we’re doing for work, how we’re breaking up the isolation. And it grew into something bigger than that.”

Seeing the popularity of Pleasure Professionals Place, Reutershan was inspired to create a logo. He was particularly struck by the late ‘70s cartoon “Wonder Twins.”

“We have men and women, they smash their fists together and the Wonder Twin powers activate and they’ve activated the Pleasure Professionals Place,” Reutershan says. He enlisted the services of colleague Jeff Dillon.

After a few weeks, Reutershan opted to go with a cleaner look and turned to Williams Trading Co. senior graphic designer Pete Olivieri for the group’s current image.

While the group hums with stories of the industry returning to work in the “new normal,” Reutershan says it’s the support industry wide that has captivated him.

“Sharing best practices in the new retail environment we’re in has been the biggest benefit of the group,” he says. “It’s not only as an industry, across the board, competitor or non-competitor, the support I’ve seen for everyone in the community. That’s gone along with trying to do curbside retail, open back up with new protocols, sanitizing, masks to make customers feel comfortable.”

“I saw a really good example (in the group) from Megan Swartz of Déjà Vu,” recalls Reutershan. “If the customer wants to test a certain product, they clean the tester, put it in a bag for them to test so they know no one has touched it before them and then (staff) clean it afterward and they’ll put it in another Ziploc bag for the next customer with their name on it.”

Reutershan expects P3 to thrive long after the COVID scare has dissipated.

“It will continue,” declares Reutershan. “I’ve already got some interesting offers from people who put on trade shows that would like to coordinate meet-and-greets for the group, which I think is a pretty cool premise. We have 43 countries represented in the group right now, so it’s a global platform. We’re not only getting feedback from our US business people, but people all over the world. I see it continuing on well past COVID-19. It will obviously evolve into better business practices, and just support for the industry as a whole.” 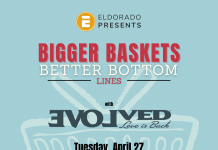 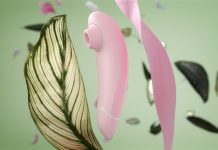 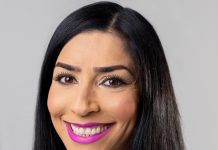 April 22, 2021
Sportsheets has promoted Sylvia Lopez to customer experience manager. A Sportsheets veteran of 10-plus years, Lopez is focused on her primary objective: ensuring all customer...