Actress, model, and adult film performer Maitland Ward has signed an exclusive contract with Kayden Kross’s, Deeper.com – an incredible first for both the star and the prestigious brand.

“I’m so excited to have the opportunity to work with Maitland even more closely on more projects,” said award-winning director Kross, who fortuitously met Ward in a coffee shop earlier this year and signed her to star in Drive that very day.

“Her work on Drive was iconic, and her abilities as an actress coupled with her untethered sexuality will allow us to continue to explore and experiment with complex storylines and intense sexual situations that are quickly becoming the hallmark of Deeper.”

“I am profoundly excited to be collaborating in such a monumental way with Deeper.com and the immensely talented Kayden Kross. It has always been a dream of mine to merge excellent scripts, acting and production with the hottest possible sexual content. With Kayden and Deeper this dream can now be fully realized and beyond.”

“After working on ‘Drive’, and seeing what an incredibly gifted, inventive, and mainstream caliber filmmaker Kayden is, I know there is no one I would trust more to take me down this dark, twisted, delicious path we’re about to embark on. The boundaries we’re about to rip down will be mind-blowing. There is no place I won’t go with her.”

The specifics of Ward’s contract are unspecified, but a variety of exclusive firsts and special appearances are expected throughout the year 2020. 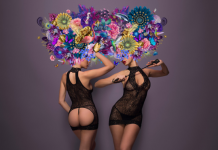 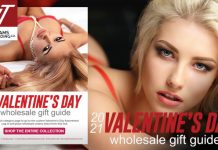 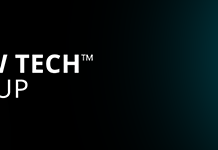 January 19, 2021
These gifts are designed for vulva-havers to get the most out of sexy playtime with a partner. Which one will have you sweating up...
- Recommended Service1 -