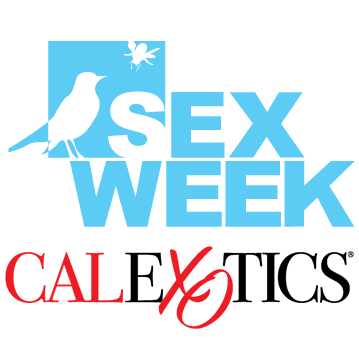 with More Than 50% Openly Sharing They Have Personal Fetishes

CAMBRIDGE, Mass., November 13, 2018 — A new survey conducted by adult novelty manufacturer CalExotics at Harvard Sex Week earlier this month reveals that fetishes are much more common than we think. Nearly half of those surveyed say they either have a sexual fetish or believe they have a sexual fetish, and more than 50 percent have told a partner about a fetish they find interesting. The survey results were gathered during an interactive “Fetishes A-Z” course taught by CalExotics’ resident sexologist, Dr. Jill McDevitt, during a keynote at Harvard Sex Week on November 1, 2018.

“As a topic that garners lots of emotional reactions, the Harvard Sex Week attendees were still able to step back and engage the material in an academic way, challenging their own biases and asking smart questions,” said McDevitt. “Students at the class were highly engaged and thoughtful in their responses. They were also able to have lots of fun!”

When asked about attitudes toward fetishes, 22% said “yes please,” and another 40% said “I’m intrigued.” Only 18% thought fetishes were “kinda weird”
43% said they either have or believe they have a fetish
45% said that a partner has expressed interest in a specific fetish
53% have told a partner about a fetish they are interested in
When compared side-by-side with a list of existing fetishes, the ones that emerged as most interesting to the students were humiliation and power

“Our mission is to create a safe space for the community where sex is discussed in a positive and educational way, and fetishes are definitely part of that conversation,” said Harvard Sex Week Co-Chair and college senior, Lita Peña. “Similar to CalExotics, we want to promote the concept that sex doesn’t have to be a ‘one-size-fits-all’ topic or something we should scorn.”

Two of the biggest takeaways cited by class participants were that they shouldn’t be quick to judge others based on their sexual preferences; and no matter what, consent is most important. “If it’s not hurting anyone, then it’s ok,” added a student who asked to remain anonymous.

Founded in 2011, Harvard Sex Week is an annual event run by student organization Sexual Health Education and Advocacy Throughout Harvard College (SHEATH), that promotes a more thorough, modern understanding of sex and sexuality. CalExotics has been a long-standing partner of Harvard Sex Week, providing education and product, donating more than $8,000 in sex toys for this year’s event.

CalExotics, formerly known as California Exotic Novelties, is the world’s leading manufacturer of pleasure products. Since 1994, the company has been at the forefront of research and development of products to enhance the intimate experiences of women, men, and couples. With an extensive array of pleasure products in every category, CalExotics services the needs of intimate products retailers worldwide through its network of manufacturing and distribution facilities. Its products are available online and from retailers throughout the world. To learn more about CalExotics, visit b2b.calexotics.com. For more information about upcoming products and other exciting news, follow CalExotics on Facebook, Twitter, Instagram and YouTube.

Harvard Sex Week is an annual week of events, ranging from interactive workshops, to lectures, to facilitated discussions, all focusing on issues of sex, sexual health, sexuality, gender, gender identity, relationships, and more. Founded in 2011, Sex Week intends to promote a week of programming that is interdisciplinary, thought-provoking, scholastic, innovative, and applicable to student experiences in order to promote a holistic understanding of sex and sexuality. Our goal is to connect diverse individuals and communities both within and beyond Harvard through common human experiences, and to open up campus dialogue about these important issues.

*Approximately 50 students attended the fetish class and took part in the on-site survey. 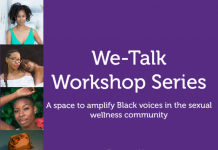 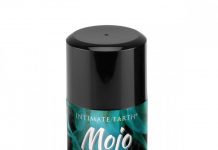 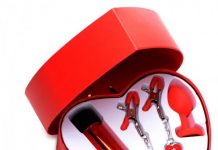 XR Brands Preps for Valentine’s Day with kits from Frisky

October 19, 2020
They decide to meet in public this time. If anyone was to ever take notice of them, they would see the secrets hanging between...