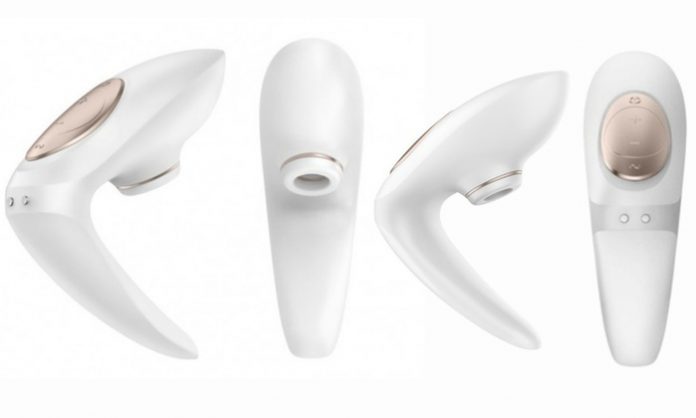 The name implies this device is for couples and the illustration on the box depicts using the SP4C with a partner. Let’s deconstruct that for a moment. While I did use it with my partner, with him inside me, our first attempt proved somewhat awkward. That being said, it was quite nice while my partner simply laid on top of me, (while he was inside of me) but when he began moving in and out, the device wanted to move in and out with him. This created interruptions to the air pulse vibration to my clitoris, almost like a tease. I’m not saying that’s necessarily a bad thing, but the more I used the SP4C, the more I realized continuous contact proved much more titillating.

Another exciting discovery was that the air pulse stimulator (while intended for use on the clitoris) can also be placed on the nipple. That proved highly stimulating and similar to someone sucking and nibbling at your breast, freeing up their mouth for other tasks.

I would definitely recommend the Satisfyer PRO 4 Couples for its intended use, and I would highly recommend it for the various other uses I was lucky enough to discover. The device is like nothing I’ve seen or tried before. And its ability to prompt multiple orgasms makes it a must try! 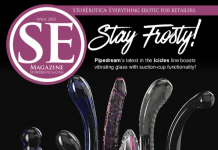 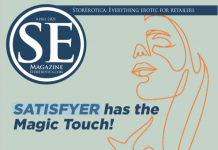 Satisfyer has the magic touch! 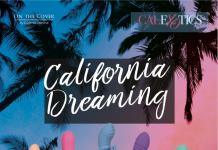 On the Cover: California Dreaming

Altitude to have Kitten’s meow