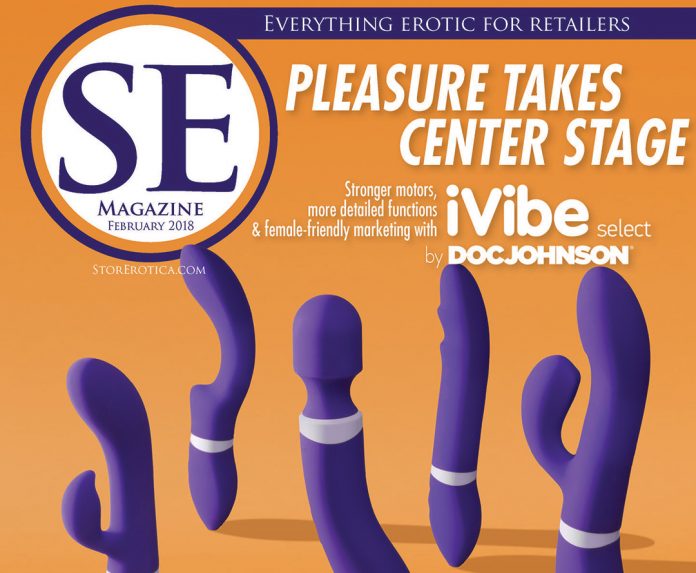 In a deepening sea of vibrators, each with its own gimmick and frills attached, there may be no pearl that shines brighter than the iVibe Select family from Doc Johnson.
Last year, Doc Johnson introduced five new products to the iVibe Select collection—iWand, iCome, iBend, iRipple and iRock.
With the earlier releases of the iVibe Select label, Doc Johnson COO Chad Braverman says the company was focusing on elevating classic designs and functions in luxury materials with new features.

“Having reinvented the wheel with those styles, we were able to break new ground as we expanded the collection and created products with these completely new capabilities and shapes,” says Braverman.
The following are the five newest iVibe Select additions, with Braverman detailing their merits.

iWand
“The iWand, which got so much amazing press last year, was the only wand-style silicone massager to offer recharging and warming features and has the powerful motor and variety of settings that consumers expect from their wand vibe,” says Braverman. The iWand elevates the classic wand massager from toybox staple to multidimensional pleasure tool. In addition to the seven vibrating and pulsating massage patterns designed to excite, the 10-inch-long iWand features a gentle warming effect that slowly heats the silicone wand head to a pleasurable, body-safe temperature. The iWand can be used with the warming and vibrating modes enabled together or individually.

The silicone iRock is an insertable massager with an exterior clitoral stimulator, and a G-spot stimulating shaft that not only vibrates but waves back and forth to rub the pleasure center to perfection. The independently controlled motors of the iRock can be used at the same time or separately, with seven vibrating functions.

“The iCome’s exterior clitoral stimulator features a motorized pleasure nub inside it that rubs and circles the clitoris at multiple speeds,” explains Braverman. “Both of these special features address elements of pleasure that are in high demand as essential to most female orgasms.

With its prognostic name, the silicone iCome is an insertable massager with an anatomical curve for targeted G-spot stimulation and an exterior rolling clitoral vibe. The independently controlled shaft and clitoral motors of the iVibe Select iCome can be used at the same time or separately, with seven shaft vibration patterns and two clitoral stimulator settings.

iRipple
“iRipple targets the G-spot and clitoris at the same time with a curved insertable shaft and exterior clit bumper in soft silicone, while three separate motors transfer their strong vibrations up and down the shaft in rolling, alternating, and pulsing patterns,” says Braverman. “Along with iWand, iRipple was recently included in BuzzFeed’s Best of 2017 list alongside iWand.”

While other companies get caught up in trends like toys operated by mobile apps, we’ve invested in stronger motors, more detailed functions, and a female-friendly approach to marketing.” – Chad Braverman

Where most vibrators feature a single motor capable of a few different modes, the silicone iRipple has three separate motors strategically placed to create a number of thrilling combinations.

iBend
“This is the simplest design of the five, yet also the most versatile—as the name suggests, the insertable shaft can be bent into place an unlimited number of times to perfectly target any user’s unique pleasure zones with its rumbling vibrations and ridged tip,” says Braverman.

“Additionally, all five vibes are USB rechargeable with the included cable, made from premium silicone, and feature precision controls so users can fully tailor their experience with multiple speeds and patterns every time,” chimes in Braverman.

Apart from the stylish upgrades to the products’ aesthetic, these new iVibe vibrators are mirroring mainstream tech, while being tailored for the adult industry.
“While other companies get caught up in trends like toys operated by mobile apps, we’ve invested in stronger motors, more detailed functions, and a female-friendly approach to marketing,” Braverman says. 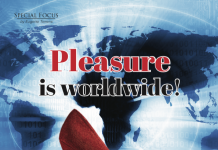 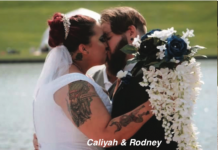 From the Desk of Eldorado: Eldorado is for lovers! 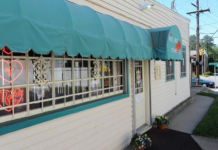 Retailer Roulette: No squabbles with Kiss and Make-Up

Between the Sheets: The STOREROTICA Interview with Sportsheets President Julie...